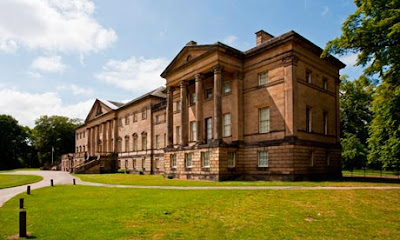 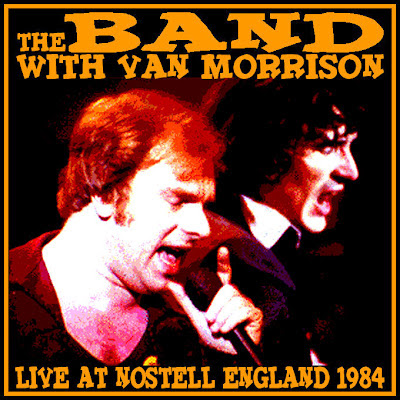 THE MEN WITH
STAGEFRIGHT…

Mark Lavon ‘Levon’ Helm died 19 April 2012.
I thought, The Band. I saw The Band perform, way back in 1984.
So I dug out my long-lost review of the event, intending it as some
kind of tribute-piece. Only to discover Levon Helm had not appeared
with The Band that night. So, as a tribute, this may be a little flawed…

Refugees from the 1967 and 1976 revolutions jostlingly assemble in near-identical regalia, and things get confusing. Old ‘New Wavers’ Revival Night gets Doctor & The Medics booed off in antique tribal ritual to create air-space for Chelsea’s ponderous hard-edge riffs and rabble-rousing agit-prop verbal GBH. While Dave Vanian’s finest lose Capt Sensible en route ‘where’s Sensible?’ chant the moshpit – ‘he fucked off to Razzamatazz’ according to Rat Scabies, yet they turn in a Damned-on-45 with “Love Song”, “Neat Neat Neat”, “Smash It Up” and “New Rose” speeding at something faster-miles-an-hour than 250rpm, mixing and matching the Brockwood Fest’s “Anarchy In The UK” with tonight’s “Pretty Vacant”. Roman Jugg acquits himself well standing in for his first live Damned set. But as Robin Hitchcock later confides to me ‘the Damned are just a bunch of old Hippies’, and even later still I catch up with Rat Scabies drumming for Donovan at Leeds ‘City Varieties’ music hall. Can this nostalgia be the escape clause for the post-Punk-Funk-Get-On-Down malaise? Does it matter? Time-warping further back there’s Pallas doing some kinda tribute to Alex Harvey, and there’s Steppenwolf, direct from your local Blockbuster ‘Easy Rider’ rental. Although, own up, I always loved their “Magic Carpet Ride” wall of roaring feedback, ‘fantasy will set you free’, yeah, you bet. And in black head-to-toe leather vocalist John Kay’s resonant “The Pusher” is standout, especially considering the rows of gipsy-stalls bartering Lebanese hash, acid and every dream-menu of hallucinogenic resins, pills and powders known to peoplekind in the Festival runway.

For miles around there’s the Living Dead of two Rock revolutions in their Desolation Row elephants graveyard psychedelic shacks and Hippie tat with joints at a going rate of seventy-pence a time. The trees have leaves of prisms that break the light in colours, in a warped corrupted version of what ‘Monterey Pop’ might have been like. I’ve even disinterred my antique Grateful Dead T-shirt for the occasion, greeted by an amiable ‘hey, Deadhead’. The occasional Mohican looks oddly in context, and there’s not a Frankie Goes To Hollywood T-shirt within eye-shot.

Lurching in with “Shape I’m In”, The Band have lost Robbie Robertson en route, and Levon Helm ducks out this night – for reasons never properly explained. Someone says he refused to fly transatlantic for a one-off concert in the arboreal grounds of a Palladian mansion outside Wakefield. Whatever, they fill in the gaps created by their dual absence by spattering their set with harvested oldies such as Johnny Otis’ “Willie And The Hand Jive” and Rick Danko doing Elvis’ “Mystery Train” (from their ‘Moondog Matinee’ album, 1973), done deceptively simple, but done with consummate craftsmanship. Richard Manuel leans into the mike across his keyboards, head lifted high to harmonise “The Night They Drove Old Dixie Down” with a cracked soulfulness that lifts itself, ascending above the event. With the guesting Cate brothers, guitarist Earl and Ernie on keyboards, closing in on Garth Hudson for an up-swinging “Up On Cripple Creek”. Van Morrison, steps up to join them for the first encore, “More And More” and – from their highpoint Martin Scorses’ ‘The Last Waltz’ (1978) collaboration “Caravan”. Their second recall consists of their lurching and shuddering Gothic masterpiece “The Weight”. Can this visually non-descript but musically slick group be the same Levon & The Hawks who revolutionised Rock by electrifying Bob Dylan in 1965? Can this short bored paunchy Belfast Cowboy really have written garageland’s finest text – “Gloria”, for Patti Smith, Shadows Of Knight, et al? Does it matter? I think that maybe I’m dreaming… although listening to the playback bootleg tape now, it all sounds scarily amazing.

So, it’s no Levon Helm, and not Sensible at all. But as a luminous postscript to the event the Nostell Priory estate eventually has to summon the good constabulary after the raggle-taggle Traveller’s encampment refuses to be evicted. Thus dragging the Festival’s full arc out into weeks. And as a second add-on, I’d like to thank the girl with the ratty hair dancing in the black sheer top, she made the whole thing even better…!
Posted by Andrew Darlington at 19:31

I was there too... didn't really understand how much i would grow to love this band in later years, was very familiar at the time with Van, but not the work of The Band. I remember supping Old Peculiar, and bit by bit realising that the band I was watching were actually good. very very good. we arrived from Devon just after the Damned had played so that was a shame, but for me The Band were the highlight... I've only seen three bands that i show off to friends i've seen, Led Zep, Bill Haley and the Comets... and you guessed it... The Band at Nostell Priory.

Did you think about trading with the best Bitcoin exchange service: YoBit.

Make FREE satoshis at DailyFreeBits Faucet. Up to 1,000 satoshi every 60 minutes.

Ever tried maximizing your free satoshi claims by using a BTC FAUCET ROTATOR?

If you are looking to BUY bitcoins online, Paxful is the best source for bitcoins as it allows buying bitcoins by 100's of payment methods, such as MoneyGram, Western Union, PayPal, Credit Card and they even allow converting your gift cards for bitcoins.