Book Review: Kate Farrell 'And Nobody Lived Happily Ever After' 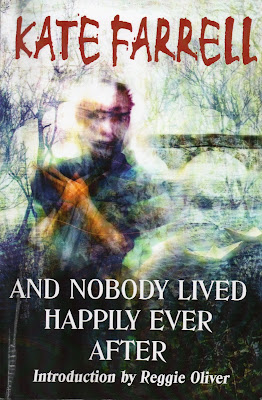 Book Review of:
AND NOBODY LIVED
HAPPILY EVER AFTER
by KATE FARRELL
(Parallel Universe Publications, 2015,
ISBN 978-0-9932888-8-3. 186pp)
http://paralleluniversepublications.blogspot.co.uk/


The colour of pain is white. The text is black. The balance works immaculately. “Mea Culpa” is an everyday tale of domestic violence, the psychological interplay of victim and perpetrator, until the final paragraph rips your head around, rethinks your every assumption, and sends you zapping back to the opening line to check out details you missed. Originally published in Charles Black’s 2011 ‘The Eighth Black Book Of Horror’ (Mortbury Press) it proved a startling debut for Edinburgh-resident Kate Farrell. Then there’s “Waiting”, which I first encountered in the anthology ‘Kitchen Sink Gothic’ (Parallel Universe, 2015), it gossips along with an unerring ear for voice and dialect, moving through meticulously-observed dialogue which makes you wait until the very last line for the almost-casually delivered kick in the head that leaves you reeling. So obvious, yet so lethal it stings.

As Reggie Oliver’s personalised introduction explains, Kate’s theatrical sense of structure and character-interplay may derive from her thirty-year thespian back-story, ‘dressed up as somebody else’ playing from Chekhov to ‘Chucklevision’, with supporting roles to the likes of Roy Kinnear or Anthony Quayle in national theatre productions during the Thatcher years. Unimpressed by the luvie tendency, and by the unpredictabilty of tours, she begins sketching out her own subtle bite-size dramas of sinister nastiness. In which yes, nobody does live happily ever after.

Seldom supernatural, and yet riddled with an air of tangible evil, these playlets chart the macabre results of perfect three-year-old Martha “Helping Mummy” deal with spiteful toddler brother Adam, each small minutia of detail snared in carefully calibrated phrases building inexorably towards horror. Or the starkly mythic rural haunting of “A Murder Of Crows” punctuated by the silver ice-picks of pain. The vicious vengeance inflicted on the ‘No Junk Mail’ harridan, the fate of the hideously-disfigured former-sixties model, the lethal extremes to which twins Nic and Anton go to avoid the sheer embarrassment of their self-made Bob Hoskins-alike “Dad Dancing”. The smugly evil paedophile priest.

There’s also the original version of teenage-misfit “My Name Is Mary Sutherland”, the lethally-effective short-story of screwed-up adolescent angst later expanded to novella-length for Peter Crowther’s PS Publishing in 2014. These are exquisitely-crafted tales that unsettle and disturb – there’s got to be a word that means more than that, because they’re so easy to read, they’re here and now, in the recognisable world. Eleven of the eighteen are new. All are object lessons in twenty-first century shock. 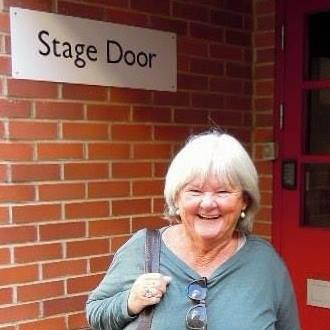 Posted by Andrew Darlington at 15:59

Watch this now or quit betting on sports...