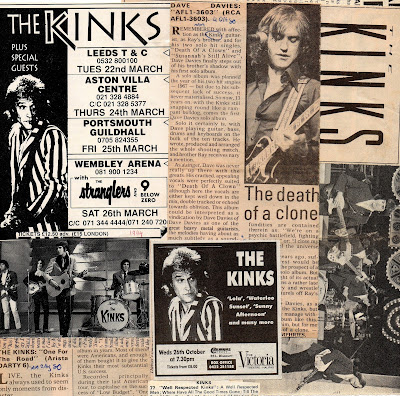 
In the sixties the hierarchy went Beatles and Stones. Then Kinks and Who. Then the third tier of Hollies, Small Faces, Yardbirds, Searchers and Manfreds. Each of them unique in their own way. The Kinks more unique than most. This concise career fly-over, extracted from ‘The History Channel’, and retaining its ad-break chapter-headings, is an essentially US-slanted perspective, but captures something of the band’s shambolic genius. It traces their origins as ‘three baby musketeers’ rehearsing in the front room of 6 Denmark Terrace in North London’s Muswell Hill, the home of brothers Ray and Dave Davies, with schoolfriend Pete Quaife adding bass. Joined by drummer Mick Avory they unite with producer Shel Talmy. Their third Pye single, “You Really Got Me” puts them at no.1 in the charts in September 1964, and changes history.

Talmy tells how Dave lacerated the group’s ‘little pug-nosed’ 8-watt amp to achieve the raucous sexually-charged primitive sound he sought, which has subsequently been accused of booting-up the entire Heavy Metal genre. Not that that should be held against him. “You Really Got Me” and its two follow-ups ‘completely killed me’ admits Little Steven of the E-Street Band. With their red hunting jackets and their name conjuring teasing hints of perversity, their rise seemed unstoppable. But the Kinks’ advance into the American market was stalled by a long-standing ban following a chaotic tour.

All sixties bands were cheated. The Kinks were no exception. Their inept rip-off manager Larry Page went out to tour the States with them, ditched them there, and came back with Sonny & Cher instead. So while other lesser names stormed US stadia, they concentrated on developing their reflective very English character studies, nostalgic short stories, and vaguely melancholy themes that went through “Waterloo Sunset” into albums such as ‘The Village Green Preservation Society’ (November 1968) – largely neglected and seen as a failure at the time, now recognised as a lost classic. 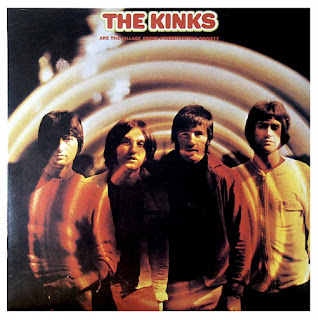 Despite its brevity, the DVD manages to effectively explore the volatile internal chemistry of the ‘dysfunctional Kinks family’. Extrovert Dave, the model for the ‘Dedicated Follower Of Fashion’, living the full sixties Raver life-style of clubs, drugs and multi-sexuality. And Ray, who stays at home documenting it all through his songs. Dave does most to-camera, explaining the nature of his complex and loving sibling rivalry with quieter, more poetic brother Ray, who appears largely through archive footage. I recall Dave struggling to articulate the same mixed emotions when I spoke with him. Contributions from Mick and Pete flesh out the story of a creative process for which anger was the ‘motivating thing’. Pete was the first Kink to bale out, after a run of eleven straight UK Top Ten hits, just as the US touring ban expired and “Lola” re-established the band on both sides of the Atlantic.

Arista label-boss Clive Davis talks about signing the Kinks for an arc of successful stadium-level albums through the eighties before the internal rifts culminated in the Kinks split, and subsequent forays into solo project. Until there’s a touching reconciliation prompted by a double-tragedy. Ray was shot during a botched mugging in New Orleans, and Dave suffered a serious heart attack, two close-encounters with mortality that briefly brought the feuding brothers together. Although the DVD closes on upbeat speculation about the chances of a re-union tour taking in the original four members, this has now been superceded by Pete Quaife’s death 23 June 2010. Poignant for me too because Dave, with some degree of sincerity, pointed out to me that despite the long and often disruptive history of the Kinks, they’d all survived reasonably intact. He seemed both surprised, and more than a little grateful about that. 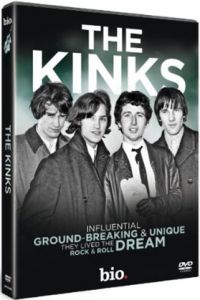 Posted by Andrew Darlington at 10:30