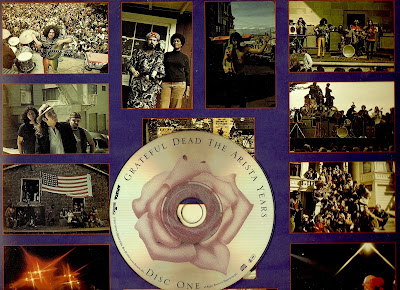 Dead songs are never finished. Weirdologists already know this. The Dead were a fractured family orbiting their tribe like strange planets around a Dark Star. They began forging future-sounds from chemicals, electricity, and smidges of Jugband Surrealism in the late Sixties, and they just kept on keeping on, from endless promise to tired resignation. ‘Going to hell in a bucket’ and enjoying the ride, all the way through into the Nineties, until they were America’s premier anti-realists in the cold new age of realism. If they’d gone any further they’d be hanging off the edge of the horizon. But they lived fast. And sometimes not so fast. They didn’t die young. But they left a few grizzled corpses in their wake. And they left this double-CD shot through with epic space and time curving away into limitless distance. 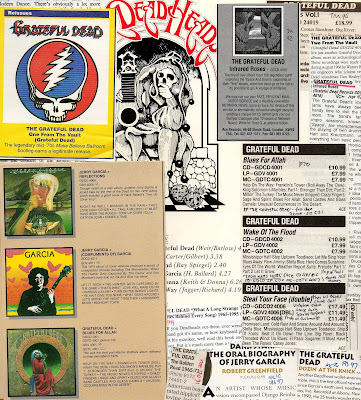 Even within the context of an odd career structure the Eighties were odd years for Deadheads (this compilation covering eight albums from 1977 to 1990). But writing as a semi-Dead Fellow Traveller the alleged inconsistencies of the period now seem to achieve an exotic and ruined clarity. There were – for the first time, outside producers on Dead sessions, including Little Feat’s party animal Lowell George. There were shots at new stylistic diversions too. The “Terrapin Station” cycle is loaded with complex shifting textures, a mass choral section, and some of Robert Hunters’ most allusive lyrics, all seamed together by strings from Elton John alumni Paul Buckmaster. “Shakedown Street” was supposedly their sprawling and chaotic answer to Disco, but it now sounds like nothing so much as classic Grateful Dead with a jumped-up bass-line. “Estimated Prophet” has a 7/4 rhythmic core derived from Reggae, as “Alabama Getaway” nods at Chuck Berry. They even borrow a cover, “Good Lovin’” from the Young Rascals But the Dead are bigger than them all, effortlessly absorbing and containing the changes.

And later, with tracks lifted from their unexpected commercial rejuvenation ‘In The Dark’ (1987) and ‘Built To Last’ (1989), it all becomes an alchemy of wonderful strangeness, harbouring wry humour and wistful reflection. ‘Too much of everything’ was just about enough. But because Dead songs are never finished, it’s live that their continuously evolving fluidity is most accurately captured. So there’s inevitable live material too, including a free-form 16:25-minute “Without A Net”, illuminated by unpremeditated sax from Branford Marsalis. Dead/Not Dead. Those improvisations probably continue on some alternate plane of reality, as well as in collective memory – or, as Richard Gehr says it in the sleeve notes, in ‘magnetic and mnemonic form’. Weirdologists already know that. 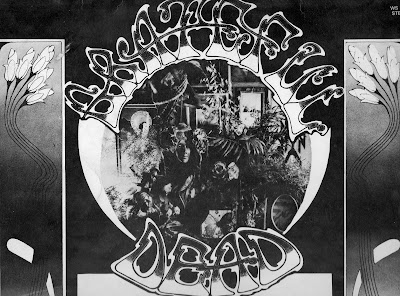 Posted by Andrew Darlington at 16:51