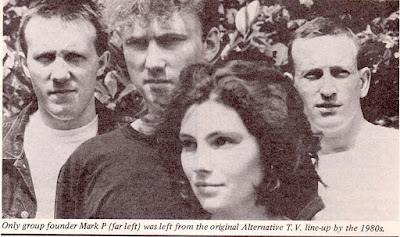 ‘God save ME in my hour of need’. The howl of human debris having its speed-ravaged frontal lobes surgically removed without anaesthetic. The sound of long streaks of piss gallumphing backwards into tomorrow. “God Saves” shoves a lyric-idea already used twice by the Sex Pistols (“God Save The Queen” and “No-One Is Innocent”), forcing it into new areas of ineptitude by demanding divine preservation orders for Mary Poppins, Space Exploration, The House of Lords, other symbols of the British Institution, Horatio Nelson, all the heroes of the British Empire, Elvis and the history of Punk Rock. It’s meant to be post-ironic. Probably. 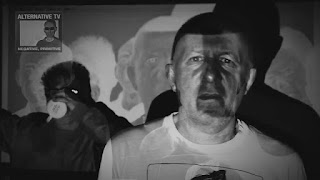 In a rage of acne, solvent abuse, unhygienic personal habits and ‘anarchy in a vacuum’ this man Mark Perry once inflicted a black Xerox atrocity called ‘Sniffin Glue’, a ‘revolution in a bottle’ that froze something of the amphetamine Safety-Pin spirit of that Jurassic era in its bursts of faulty striplight illumination. Later he became Supremo of Step Forward Records (where ‘Deptford crackles with tension’), unwittingly unleashing The Fall and Chelsea onto an unforgiving world. Fings ain’t been quite so high since, although yes – I’ve still got it, I’ve still got that paean to the failed erection, “Love Lies Limp” by Mark’s first ATV incarnation, on an appropriately flaccid flexi-disc. But now, some few decades and many lost years later, with some production input from Steve Albini, an unlikely cover from Industrial Hardcore Terrorists Throbbing Gristle, and an eye to autobiography, Mark’s back to demonstrate the diversity crammed into the apparent simplicity of a now-denigrated Punk Movement already ‘crumbling into memory’. 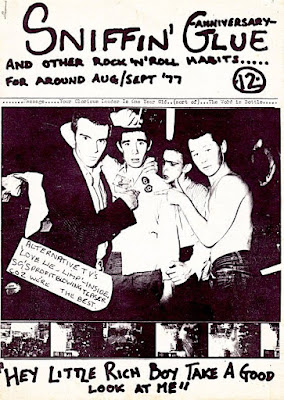 ‘I’m exciting, sexy, intelligent as well, but I remain an Unlikely Star’ is his opening shot wrapped around a crude early Depeche Mode click-track, but while Mark’s voice moves with the words it’s as though his legs don’t always co-ordinate with his brain. From that point ‘Punk Life’ runs from awkwardly pain-wracked White Dance Miserablism with controlled hits of noise, through to limp Rap, from “A Bold Chance” which turns down the lights into a poem after the style of Flux Of Pink Indians, into unforgiving lurches of Reggae bass leg-work, and “Jane’s Not At Home” – a short sharp Sham 69/ John Lydon kick-about. Having a voice like a turd in a Moulinex Food Blender doesn’t help, and Mark’s got a decidedly ten-watt bulb band here, but ‘Punk Life’ is engagingly ramshackle, and it’s totally wired on nothing more than adrenaline, perverse existentialism, and self-pisstaking deception on a grand scale. In fact its humour is breathtaking in the annals of urine-extraction. ‘Smash Your TV’ advises Mark in a closing and probably self-referential sample. Sniffin’ Glue. Don’t do it, kids. You know it don’t make sense. 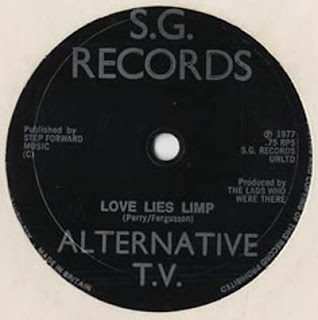 Three bunches of dysfunctional sonic self-abusers handicapped by natural immaturity. Three bunches of retards you wouldn’t trust with a spud-gun. Three triumphs of enthusiasm over ability, and energy over talent. Three bunches of whack-merchants who were to musical taste what Charles Hawtrey was to body-building. And now, all those sounds that once squirt and spray are preserved on CD as frozen digital energy for us to love all over again. 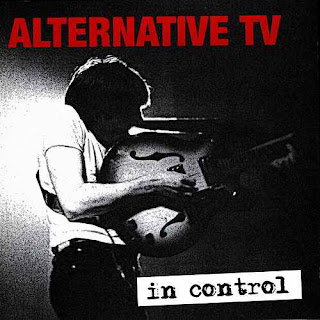 Punk. In Julie Burchill’s auto-bragathon ‘I Knew I Was Right’ (1998, William Heinemann) Punk is less the continuing thrash of upstart libertarianism, more the advance tremors of shallow careerist Thatcherism. And perhaps in her Me-Me-Me London-centric self-image Punk WAS just a convenient backdrop to strike sultry slut poses against. But to No-Future wastrels lost in Hull, Newcastle or Belfast its effect came in giga-volts. Kids like Blitzkrieg Bop. While Burchill was digging herself doing ‘Hey! – look-at-me Nose-Candy’ in the back-seat of ‘NME’ expense account black London taxis, the REAL movers of Punk were out firing up RAR, the mass CND revival, the Anarcho-Green and Animal Rights protest groups. And giving brief incandescence to bratty lives trapped in Tower-Blocks and run-down Council Estates.

Here – in an interview segment, John ‘Blank Frank’ Hodgson struggles to articulate Punk. Finally defining it as ‘energy’. On the sleeve-shot they come on like sub-Adverts also-rans. During Punk, mesmerised by Clash, Patti Smith and – obviously, the Ramones, they play support to everyone from Slaughter and the Dogs to Magazine. They issue three singles with titles like “Bugger Off”, “(You’re Like A) U.F.O.”, and the collectable hippie-baiting “Let’s Go” which Burchill’s one-time co-shagee Tony Parsons announces as a ‘dark Velvets noize’. This is the Bop’s first album, made up of those singles, plus no less than twenty-one new tracks. It’s archive raw and musically inept, with “Dole Walla” and “Mental Case” as perfect period Punk, and probably their finest and most adventurous moment – the speed-riff “Life is Just A So-So” managing a Stranglers-style key-board run. Teesside New Wave, a photogenic bassist called Gloria, and vaguely political anthems like “Police State” and “Prostitution” get added to a failed attempt at commercialism with Eddie Grant’s novelty item “Viva Bobby Joe”, and more snarly vitriolic re-takes on “Let’s Go”. 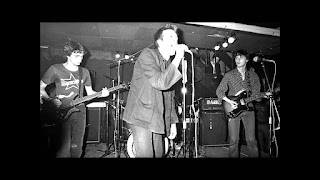 They struggle. Volume and anger are their weapons of choice. Each song a documentary of their life and hormones. Inevitably, they fail. Does Julie Burchill suffer from Long-Term Memory Loss, or does she just lose it in equal parts conceit and eye-liner? Writers more perceptive than she can ever hope to be – Stan Barstow, Alan Sillitoe, and even Irvine Welsh, are capable of illuminating the slow-burning intensity of ordinary lives. And while Blitzkrieg Bop may be just foot-notes in the margins of Punk, briefly they achieve that too

Posted by Andrew Darlington at 17:04