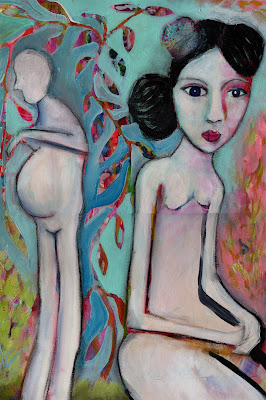 
(Movement: The First)
I got ants in my pants & I want to dance,
I want to tap-dance the entire Quran in morse-code & transmit it
around the world as the danceable solution to Islamic revolution,
I want to Dance To The Music Of Time, to the music of the spheres,
to the frantic fandango of electrons in the core of the atom,
I want to foxtrot through constellations of fireflies,
trip the light fantastic around the rings of Saturn,
and lindy-hop to the Brighouse & Rastrick Brass Band,
I want to Riverdance emotional motion down the Humber
all the way to Spurn Point and then all the way back again,
I want to Danse Macabre like Michael Jackson in ‘Thriller’
I want to shake it like Elvis Presley in ‘Viva Las Vegas’,
I want to face the music and dance like Fred Astaire
& sometimes hoof the boards like Ginger Rodgers too
but no, not like Patrick Swayze in ‘Dirty Dancing’,
I want to bunny-hop while Flying Down To Rio,
I want to jitterbug the night away on Tony Blair’s grave,
I want to lead you in a pretty St Vitus Dance as we
pas de deux in a montage of choreographed shoplifting
CCTV’d all the way through the White Rose centre
from the north entrance to the south exits… on ice,
I want to trance-dance off my face at Manumission,
I want rave in dubstep, cut a rug, minuet, saraband,
pirouette myself Dervish-dizzy, despite Health & Safety issues,
swing to the Tyburn jig, gavotte to the funky Mashed Potato,
I want to do the Gay Gordons, then Charleston as they did
on the Titanic, & black-bottom into that last terminal sunset…


(Movement: The Second)
I got angst in my pants, I was born to dance,
to use my body as a poem, to turn a heel as I turn a phrase,
for rhythm is the primal sensation, tempo the original myth,
the dance from which all dances come,
there in time-warp with Cro-Magnons invoking dead ancestors,
there with Neanderthals conjuring prey in skull-mask & body-paint,
in antlered fertility-ritual in white forest-groves beneath the moon,
driving through 1927 Nice in an open-top car with Isadora Duncan,
pirouetting naked for Sergei Diaghilev at the Ballets Russes
swirling in Bacchic terpsichorean frenzy to ‘The Rite Of Spring’
in war-dance, sword-dance, rain-dance, temple-dance,
with Salome veiled in only her thong at the pole dance club,
I want to dance like Billy Elliot through striking miners
if there were any miners left to strike,
I want to rhumba in a sports-car & Be-Bop the Blues,
I want to dance in the dark & shimmy my tush,
I want to body-pop on YouTube
in a clip that goes viral around the world,
I want to dance into your bed,
I want to dance into your heart,
I want to dance into your life,
I want to dance…

Posted by Andrew Darlington at 20:20