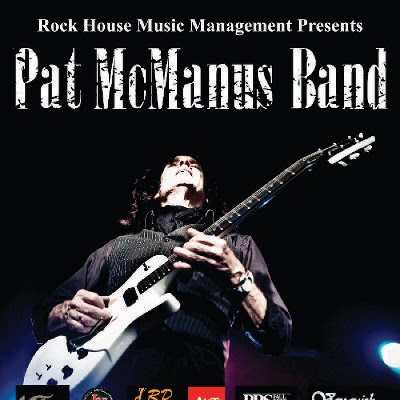 What’s Goin’ On…? Do amped-up three-piece hard-Blues bands still go Rollin’ & Tumblin’ with Blue-Jean Mamas…? Apparently they do. It’s kinda like the big-haired early-Eighties never went away. Or maybe not. The wall-posters announcing forthcoming events include China Crisis, Steve Harley, and a ‘Punx Against Cancer’ benefit. But for forty-five minutes here on a warm Thursday evening Pat McManus does all the fancy speed-fretwork, tortured grimaces and manic grins that should see him headlining stadiums of heaving denim, say, the ‘Reading Rock’ Metal Festival of booze and studded leather. The trio run the first three numbers together in unbroken sequence, with no gaps for applause. Marty McDermott on bass and Paul Faloon behind the mighty drum-array, while Pat strikes all the poses, pogos up and down, and stalks down teasingly close to the barrier. It’s easy to see why this grandstanding was a big male cock-rock thing way back when. He plays long hard high-expertise solos flaunting daunting skill, in a jousting playfully competitive way that has less gifted guitarists jealously watching the fingering, picking up tips. 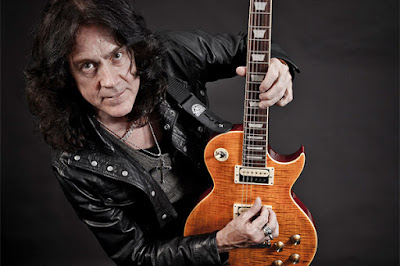 He opens by declaiming he ‘wasn’t born in Chicago’ and well, actually he’s from Derrylin in County Fermanagh. Pat ‘The Professor’ McManus – with brothers John and Tommy formed the metal triad at the core of Mamas Boys, a name that sounds something like a ‘Mrs Brown’ sit-com spin-off. But how many other bands can you name with three brothers? – the Bee Gees… Osmonds and Jacksons. Okay, perhaps that’s not so unique in itself. But even back then, despite a conveniently passing tie-in with the press-lauded ‘New Wave Of British Heavy Metal’, they seemed a little out of time. Not quite of the moment. I was off into Punk and Electro-Industrial Funk anyway. It passed me by. Yet now the group’s Irish content sets it slightly apart, as when Pat adds agile fiddle to slow Blues. He does what he terms ‘a Celticy-sounding something’ called “Juggernaut”, an instrumental off his ‘In My Own Time’ (2007) album, then confirms the sneaking suspicion of a debt with a sincere, if maudlin, Gary Moore tribute – “Belfast Boy” from his ‘Dark Emerald Highway’ (2013) set.

They’re playing Norway next, to Nordic ‘Vikings’. Apparently there’s still an audience for three-piece hard-Blues bands over there… 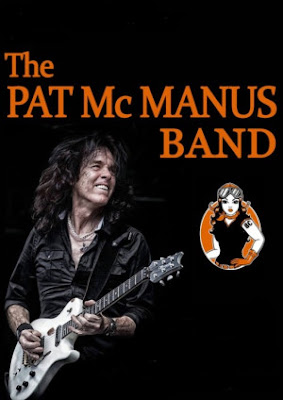 Posted by Andrew Darlington at 15:16