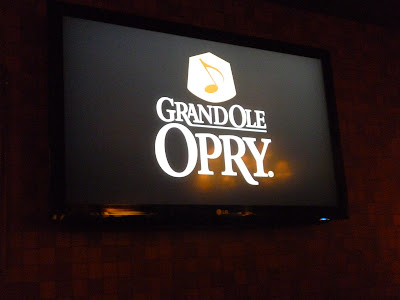 AT THE GRAND OLE OPRY 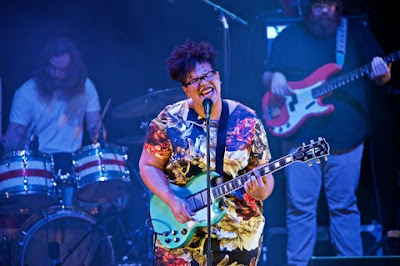 The Grand Ole Opry goes out live on WSM radio, which means each act – no matter how prestigious, gets a fifteen-minute three-song set, before announcer Eddie Stubbs reads out ads for the ‘Boot Barn’ or the ‘Cracker Barrel’ Old Country Store – ‘Stop And Eat, Then Tap Your Feet’. But as opener Connie Smith enthuses, the Opry is ‘a magical place’ with the dust from Hank Williams’ boots ground into its stage-boards. Unlike most other music genres, it reveres its heritage. Mac Wiseman is pushed onstage in a wheelchair – born 23 May 1925, he’s promoting his new CD ‘Songs From My Mother’s Hand’. To standing ovation he does the maudlin bluegrass of “My Mother Called My Name In Prayer” with hillbilly fiddle, stand-up bass and mandolin, before being joined by Vince Gill for his 1951 hit “Tis Sweet To Be Remembered”. Yet he’s followed by bright legally-blonde RaeLynn in tiny black micro-dress, just turned twenty, she teeters back on impossible heels to take a with-audience selfie. But don’t dare underestimate her. Her Girls Just Wanna Have Fun “I’ll Live When I’m Young”, the Pop-catchy “God Made Girls” and parental break-up heartbreaker “Love Triangle” demonstrate intimidating command. And, despite superficials, both artists share an ongoing continuity. 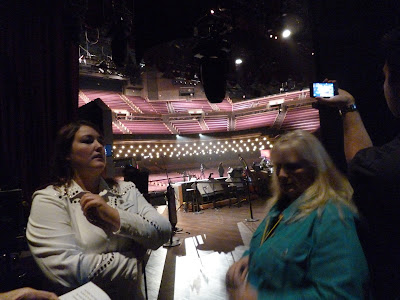 There’s a ‘Dare To Dance’ talent spot, sponsored by Dollar General (‘Save Time. Save Money. Every Day’), Call-outs to US Army Vets, and Linda from Houston competes in a ‘By The Decades’ game – Vince Gill tips her the answers. Then Alabama Shakes close with a politely received jarring set. Less country, more blues and soul-attack with vocalist Brittany Howard stabbing the air for emphasis up against Stax-swamp rhythms and Steve Cropper-style fret-runs. A massively powerful “I Still Aint Got What I Want” is impassioned slow-burn testifying, incorporating extreme volume-shifts. Elvis Presley played the Opry once. He was too edgy for them. He had to wait until 1998 before he was officially accepted into the C&W Hall of Fame. Yet it’s encouraging that the Opry, while honouring its living tradition, is still open to more confrontational acts. Brittany thanks the Opry for the warmth of its welcome. 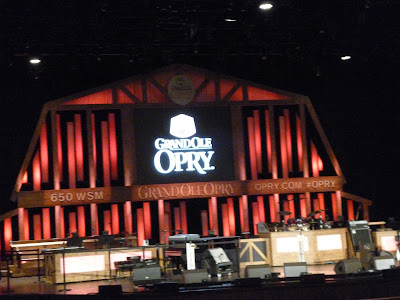 Posted by Andrew Darlington at 13:02