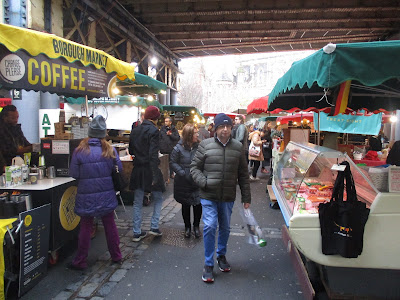 
she wears a hijab with a
sparkly Merry Xmas jumper…

there’s everything anyone
could conceivably want to chew
at Borough Market, Lebanese,
French, Thai, Caribbean, Polish,
you walk through inhaling
appetising spices from every
culture of world-cooking…
& the June 2017 vehicle-ram
terrorist attack was here too…
across Westminster Bridge they
sit x-legged below the Big Ben tower
playing find-the-lady, taking £20 notes
that reveal only disappointment
with eastern-European shrugs
in speed-sharp misdirection jive
& the March 2017 Hyundai 4x4
attack injures eleven here too…
I’m from the north, possibly Nordic DNA,
Norman, Celtic, Pict, Gaelic… who knows,
England has always been refuge for
migrants, from pogroms, intolerance,
famine, warfare, always sanctuary,
from Windrush, Syria and Sudan, from
the old empire, with the new urgencies
…from Borough Market we cross
London Bridge where Japanese tourists
snatch iPad photos of Southwark Cathedral
& the November 2019 stabbing-attack
was here too… resisted to death,
we mourn, curse stupidity, and resume,
London does what it always does
London continues

where she wears a hijab with
a sparkly Merry Xmas jumper… 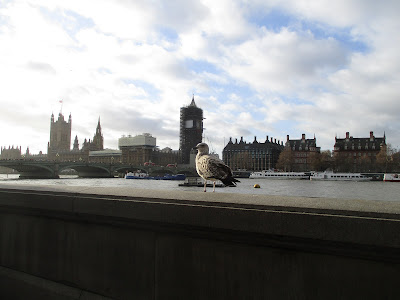 Posted by Andrew Darlington at 20:33