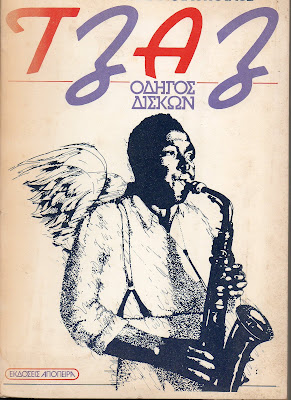 ‘ODE TO A
HIGH-FLYING BIRD…’
Book Review of:
‘BLUES FOR BIRD’ by MARTIN GRAY
(Santa Monica Press - $16.95 -
ISBN 1-891661-20-5)
We argue jazz. I map a connection direct from intuition to expression without the filtering of intellect or literal articulacy. Steve Sneyd says no, musicians – like everyone else, rely on an accumulation of technique and phrases they randomly permutate on whim or inspiration. We’re both right. On a sliding scale from one extreme to the other. Sometimes within the same musician. Sometimes within the space of a single phrase of breath.
During the mid-to-late 1940’s, using only an alto sax – ‘a metal pipe / with keys to him’, Charlie ‘Bird’ Parker created a spontaneous warp-speed fluidity that derailed all jazz since, yet his mission-statement claims he was merely looking for the ‘pretty notes’. While – incidentally, a mission that wordlessly achieves what poetry aspires to, but never comes close, so that ‘what he thought and played / was instantaneous’. An (in)articulate speech of the heart. Via the gut. Harmonies in the head. Sonics that bend space-time. On the Dial record-label. In ‘Anthropology’. ‘Ornithology’. On The West Coast. On 52nd Street. With Dizzy Gillespie. In Paris. In the Yardbird Suite. On Verve. With Strings. He introduces an ‘architecture of strange voices new to jazz’ by playing anthems for fleeting moments. Celebrations of the dispossessed.
His saxophone is ‘moist, / warm like the human voice, / yet also it is cool / supremely logical’, breaking out beyond the diatonic-scale using complex harmonic changes, grace notes and an obliquely accented relationship to the beat, into a chromaticism that seems angular and unsettling to ears of the day, yet has a nightmarish beauty of infinite elasticity. Where squares hear only cacophony, hipsters peak with epiphany. ‘Music is a game / private, intimate / individual, yet / a conversation with / each person in the crowd’. Beat-writers try to catch those Bop cadences with a kind of free-scat jazzetry, tracing Bird improvisations by distorting vocabulary into a deliberately disconnected dance of cracked syllables.
Even Charlie Watts – Rolling Stones’ drummer, and no mean jazz-slouch, writes his own ‘Ode To A High-Flying Bird’ in percussive stanzas. While Ross Russell’s biog ‘Bird Lives’ remains essential. And – coming later, Martin Gray acknowledges its ‘infectious enthusiasm’, but while developing his own verse-biography form (through earlier shots at Modigliani and Pollock), he ducks any attempt at catching Bird’s sound, with no attempted mood-enhancing through experimental typography or Wow-mad incendiary ruptured texts to give his words flight, preferring technically well-researched fact-oids line-cut into narrative chapters interspersed with etched-sketches, middle-eights and a useful glossary-of-terms cadenza (‘appoggiatura’, dig, fix, cat, horse, lick, tea/grass, gruppetto). In fact, he deliberately chooses ‘the neglected’ iambic trimeter and syncopated hexameter, a regular – and predictable sliced-text form. Yet one uniquely suited to the re-telling of anecdotes, myths, one-liners, and reported-conversation speech-patterns, and he uses this dramatic directness to its full potential. His is a narrative that prefers an anatomical scalpel-exactness – ‘Bird’s little finger was long as the others were’, located more to Steve’s cool technique than my hyper-physical extemporisation. Charlie Mingus called Parker ‘King Spook’.
And Bird – Yardbird, was a Goof Demigod, a human contradiction, as capable of selfless generosity – with no concept of value, as he was of pawning a borrowed sax to raise drug-dollars. Whatever, he accelerated, revolutionised and evolved tonal possibilities through immaculately stoned flesh, vomit, sadistic games with heroin, syringes, sex, food and piss. Until, with references outside of jazz – to Debussy, Toscanini, Varese, Heinrich Heine and elsewhere, Martin Gray finally talks of Bird talking of working with Hindemith, or Yehudi Menuhin, while he was too juiced to even play the horn that was his last true friend. Feeling ‘what men at war must feel, / a love tinged with despair... his stellar music gifts / disrupted by his need / to tamper with his flesh... till drink and drugs combined / to quiet his instrument’. The dissonance of speeding highways. Kinetic galaxies spattering. He made it cerebral by smashing it. Poets envy it. Dream of doing the same. But must always fail. Now’s The Time...

Order a professional Sparkling White Smiles Custom Teeth Whitening System online and SAVE BIG!
* 10 shades whiter in days!
* Professional Results Guaranteed.
* As good as your dentist, for a fraction of the cost.
* Same Teeth Whitening Gel as dentists use.