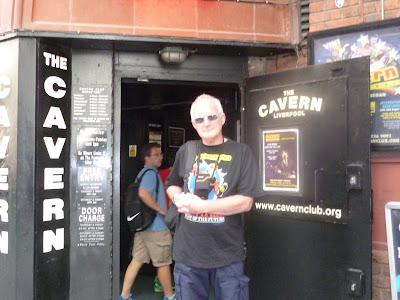 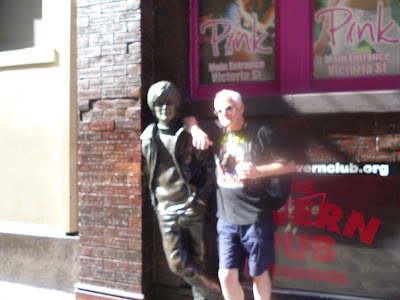 Like Graceland or the Abbey Road crossing, Liverpool’s Cavern is a shrine for Rock-music devotees. There’s been a lot written about Brian Epstein’s ‘Cellarful Of Noise’, with books by Phil Thompson and Spencer Leigh diligently chronicling the venue’s beat-by-beat history, and its role in Pop mythology. But from her first visit – in December 1960, ‘greedy for our fix of non-stop beat music’ mini-skirted Debbie was a regular, so her’s is a more personal account. Her first-hand fan’s-eye gossipy chit-chat and fashion-notes have tactile authenticity. From resident DJ Bob Wooler’s ‘hi there, all you cave-dwellers,’ to bassist Stuart Sutcliffe standing with his back to the audience ‘so no-one could see how he was playing,’ and Pete Best ‘sultry, fiercely good-looking and oozed sex appeal.’ With Debbie and Sue running down to the Pier Head afterwards to catch the last bus home.
The added dimension is that – following Ray McFall’s bankruptcy and the original closure of the club in February 1966, she became very actively part of the family concern that took over the lease while still aged just twenty. There’s a lot about those ‘magical and breathtaking’ moments, rich with photos and rare memorabilia. An opportunistic Harold Wilson is there for the re-opening, Solomon Burke, Long John Baldry, Edwin Starr and Chuck Berry (‘a wonderful musician but not a particularly nice man’) all play. Until the club’s 1970 closure and demolition under dubious circumstances. Of course, The Cavern is still a Mecca for Macca-fans, Beatles-aficionados, and tourists in general. I’ve been…
Published in:
‘R2: ROCK ‘N’ REEL’ (Vol.2 Issue.61 Jan/Feb)
(UK – January 2017) 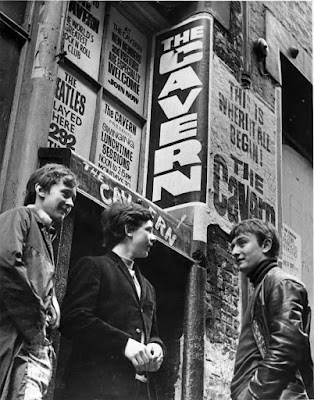 Posted by Andrew Darlington at 16:54