DVD: John Lennon 'Love Is All You Need 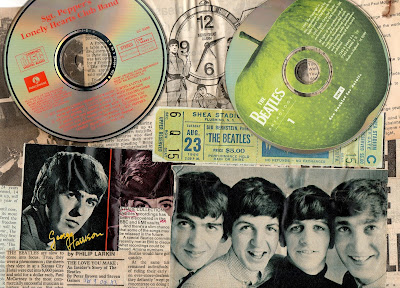 ‘ALL YOU NEED IS LOVE…’
Review of:
‘JOHN LENNON:
LOVE IS ALL YOU NEED’
(2010, DVD A2B Media, Odeon Entertainment) 83-minutes
plus bonus features ‘Memories Of John’ about the Liverpool Cavern Walks
project, ‘Interview With Tony Palmer’ director of early Beatles TV-documentary
‘All My Loving’, + ‘Here There & Everywhere’ trailer
He came to save the world, and they crucified him. John Lennon, that is. By now it’s possible to reconstruct the entire path of his eventful life through the medium of biopics, from Sam Taylor-Wood’s ‘Nowhere Boy’ (2009) covering his childhood, through the Hamburg years as Ian Hart in ‘Backbeat’ (1994), then into Christopher Eccleston’s ‘Lennon Naked’ (2010) taking in the Epstein years. There’s even Christopher Münch who fabricated his film ‘The Hour And Times’ (1991) around John and Brian Epstein’s much-discussed much-mythologised twelve-day Barcelona holiday jaunt together. While this documentary fills in details along the way, ably enhanced by lots of archive newsreel footage, with absolutely no Lennon or Beatles music whatsoever, but with linking narrative from Paul Gambaccini in a pink shirt. He could probably do this capsule history on autopilot, but there’s added comment from Bruce Channel – who topped a Liverpool bill over the early Beatles, Sting – who points out how the Beatles legitimised Motown by recording lots of Smokey Robinson songs (they actually recorded one, “You Really Got A Hold On Me”), plus George Martin. 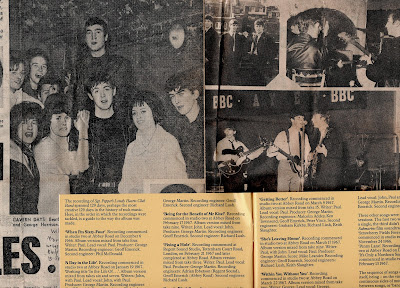 It tracks through all the usual Beatlemania shenanigans, what George Melly calls ‘turning mass-hysterical masturbation to profitable account’ (in his ‘Revolt Into Style’), punctuated by its fab mop-top crisis points. There’s the ‘Bigger Than Jesus’ Bible-belt controversy whipped up from a throw-away Lennon quip, an outrage magnified by the same kind of religious retards who now promote creationism onto American school syllabuses. Then the shock of Brian Epstein’s death, and the coming of the Maharishi. Film of the hippie era resembles distant footage from a strange lost realm of outlandish quaintly evocative oddness, something that can only have happened in a parallel less-cynical continuum, a flowering flower-powering Middle Earth in a fantasy realm similar to that of the pre-Raphaelites or the bohemian Romantic Poets. Did all that really happen? With the Fab’s as presiding deities. Feminist theorist Camille Paglia eloquently describes the intervention of Yoko One into the enchanted circle. She was a strong woman, inviting sexism, she was Asian, so leaving her open to racism, and she was older than John, hence going against the perceived natural order of male-female relationships. Worse still, she caused the Beatles split. Guilty as charged, according to fans and tabloids. Cynthia and Julian Lennon, talking to each other by the fireplace, are more generous. Whatever Yoko represented, she was good for John. She was the healing force he needed. John was art-school. That’s where he’d met Cynthia in the first place. His art was evolving. He explains how Dylan – ‘Bob, not Thomas’, had expanded his lyric horizons. Pop songs didn’t have to be ‘I love you, you love me’. They could be more than that. They could be ‘semolina pilchards climbing up the Eiffel Tower’, or ‘plasticine porters with looking-glass ties’. Yoko opened his head up further. She – as Stuart Sutcliffe had begun to do a decade earlier, influenced, confronted and seriously altered John’s consciousness. And he was strong enough to accept, and integrate those changes. Questioning the Northern cultural misogyny that had characterised his relationship with Cynthia, and expressed in songs such as “Run For Your Life” (‘I’d rather see you dead little girl, than to be with another man’). By the time of “Jealous Guy” he was apologising for such deeply-ingrained behaviour patterns, and struggling to amend them. He would emerge from the process a more complete human being, more at ease with himself. 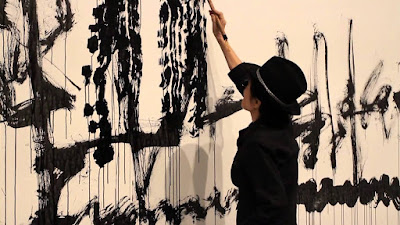 Yoko was already established as an artist. That was how they’d met, at one of her exhibitions. Soon, “The Ballad Of John & Yoko” became a no.1 single, incorporating their romance into the ongoing Beatles legend. It could be argued that Yoko sacrificed her own already high-profile art career to Lennon’s celebrity, getting a degree of mass-media scrutiny and access by way of trade-off which they were able to exploit into a series of prankster exploits. Bed-ins, Bagism, “Give Peace A Chance”. It’s all here. And the art-stunts they perpetrate together are as off-kilter as anything that Tracey Emin or Damien Hirst would much later concoct. In one clip Yoko explains to a baffled David Frost why the fragments of a broken cup placed on a podium is sculpture. Or perhaps David’s amused bafflement is affected for the benefit of the TV-studio audience, and the viewers out there in television-land, for surely he’s not unaware of the mainstream of conceptual art since Marcel Duchamp and the Dadaists, of which Yoko is a fairly creative representative? 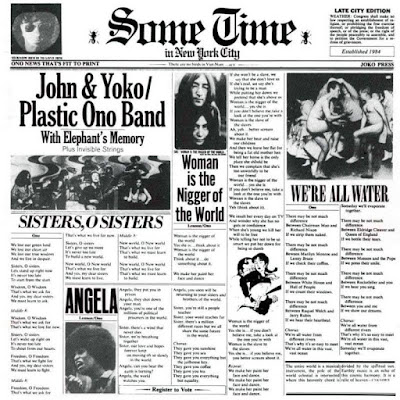 ‘I’m a Peacenik’ says John, and as a thematic thread running through their arc of adventures, it’s a pretty healthy one. Yet after the way-out excesses of the experimental albums they inflict upon a confused fan-base, it’s interesting that Lennon later reverts to more conventionally acceptable Pop. As Paul Gambaccini points out ‘he got his chance to be a private citizen’ during his house-husband period. Until the final frames in the Lennon-life biopic. ‘Five gunshots are not a rare event on the streets of New York,’ but when they’re fired by what Gambaccini dismisses as an ‘attention-seeking creep’ – he refuses even to mention Mark Chapman by name, because that would only fulfill the assassin’s intention, the sixties was finally blasted into oblivion. It’s not mentioned in this DVD, but ironically Mark Chapman would be held in the same Attica Correctional Facility that Lennon had once themed on his double-album ‘Some Time In New York’. There, John sings ‘we’re all mates with Attica State’ in solidarity with the rioting prison inmates. 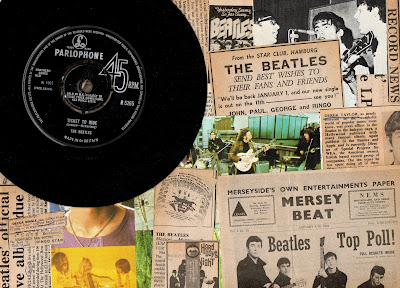 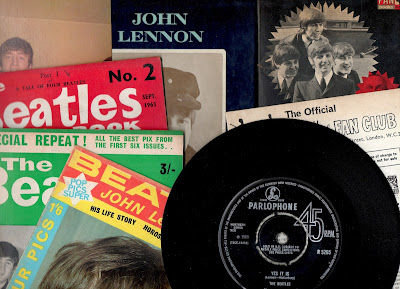 Posted by Andrew Darlington at 16:57