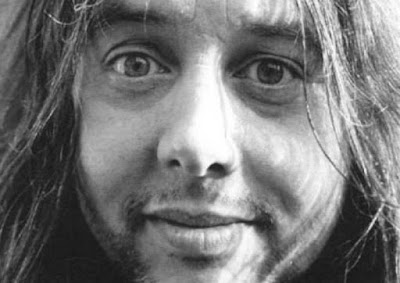 A GATHERING
OF BEVIS FRONDS…

CD Review of:
‘A GATHERING OF FRONDS’
by THE BEVIS FROND
(1992, Reckless Records CD Reck-25)
https://bevisfrond.bandcamp.com/ 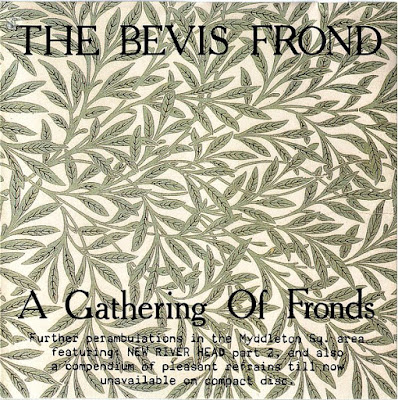 There are lies, damn lies, and there’s Record Company hype. But Jimi Hendrix and Syd Barrett ARE alive and well and living inside Nick Saloman’s skull. “Cuvie” is a vintage saucerful of secrets, spacey and intriguingly electro-instrumental, blurring into “Blurred Vision” (from 1991’s ‘New River Head’ set) through Epiphone solar storms of Hendrix distortion. It deftly kicks arch-pretender Lenny Kravitz into touch. This is the kind of album they automatically file under ‘Sixties Reissues’ alongside the Byrds box-sets and the prized Thirteenth Floor Elevators obscurities, yet Bevis Frond is happening in the here and now.
Yes, I know most superannuated Hippies are acid casualties with IQs no higher than their cheese-plants, argument enough to convert the most rabid pro-lifer to the social benefits of euthanasia. But this ‘compendium of pleasant refrains’ refocuses all that weirdness into a New Age context that shoves the Frond – aka Nick Saloman, into an unlikely currency, building and developing on his already impressive cult back-catalogue. Starting with ‘Miasma’ (1987), recorded in his home-studio and issued on his own Woronzow label, Walthamstow-born Nick, with various co-conspirators, has built a solid following through orbiting around that Hendrix-Byrds nexus, concentrated by a Punk-edged Indie sensibility. ‘A Gathering Of Fronds’ is ‘further perambulations’ for completists, collecting the album’s best cut “African Violet” from a 1988 ‘Freakbeat no.4’ free flexi-disc – phased and charged with sonic bear-traps and tripwires it’s also quirkily melodic. While the hypnotically driving “(Power) Possession” appeared earlier on the Imaginary Records theme compilation ‘Through The Looking Glass: 1967’ (1990, ILLCD 1000). But the oldest and oddest cut is “Alistair Jones”, an acoustic novelty preserved on domestic tape-recorder by Nick’s Mum when he was fourteen – and if it’s not the great lost Syd Barrett demo then I’ll kiss the sky, the missing link between “Arnold Layne”, “Mr Dieingly Sad” and Grimly Fiendish”. But El Frondo is more than just a psychedelic Shakin’ Stevens doing revamp versions of the past. If some of the other roaring guitar-strangling tracks sound familiar – they’re not, and even though at least one sounds familiar because it is, a revival of “Bad Time” by Sandie Shaw and Adam Faith’s songsmith Chris Andrews, it doesn’t really matter because it’s all liquidised through the Frondian blender into a squiffy neo-freako mix fine-tuned for Glastonbury, Stonedhenge or simply your own front room. Play it loud in total darkness and the Narco Squad could bust you for possession of an illegal consciousness-altering substance.
Doubters unfamiliar with New Age alchemy might sneer that if Hendrix and Barrett were really on operational mode today they wouldn’t sound like this, they’d have evolved into something else. But that argument is about as much fun as French Truckers blockading Les Autoroute. Whoever or whatever is in his skull, the Bevis Frond is uniquely here and now, and that’s no lie. 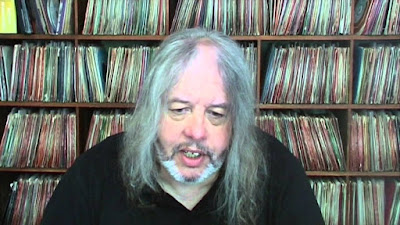 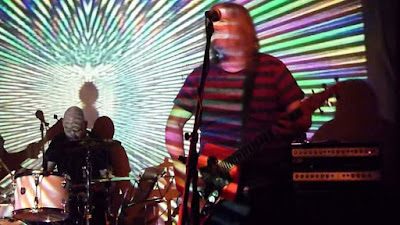 Posted by Andrew Darlington at 11:05