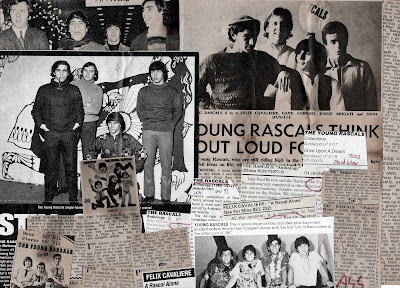 HOW CAN THEY BE SURE? 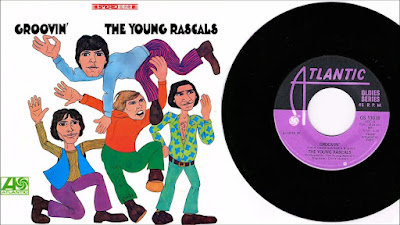 ‘Life could be ecstasy, with you and me endlessly,’ in that debut Summer of Lurve, sniggery psychedelic brats who deliberately miss-hear the Rascals “Groovin’” for the first time argue whether vocalist Felix Cavaliere closes the second line with the word ‘endlessly’ or ‘LSD’. Later Ravers would make the same sniggery joke by capitalising the ‘E’ of ‘ecstasy’ that closes the opening line. Felix – an ex-Twist Kid from Joey Dee & The Starliters, disclaims all such druggy inferences. As well he might. The luscious Afro-Cuban glide of “Groovin’”, he confesses, is about sweet erotic not stoned narcotic indulgences. Whatever – bird-song, congas and sunshine harmonica, it remains a high-velocity bullet through the brain of a record.
The Young Rascals started out as one of a million American answers to the British invasion, better and more fortunate than most. They played to an audience of 56,000, supporting the Beatles at Shea Stadium just six months after forming. From their debut chart nibbler, “I Ain’t Gonna Eat Out My Heart Anymore” in January 1966, as journalist David Hepworth later noted, ‘it opens with a sneer and a drum-roll… as (he) rehearses the polished put-downs he intends to call down upon his wayward lover’ (‘Q’, October 1993), with its stinging guitar-break, it becomes track one here. To be followed by the exuberantly attacking blue-eyed Soul no.1 “Good Lovin’”, all the way through to “Carry Me Back” in September 1969, they log fourteen straight U.S. Top Fifty hits for Atlantic, dropping the ‘Young’ prefix roughly midway as their style and status matures. 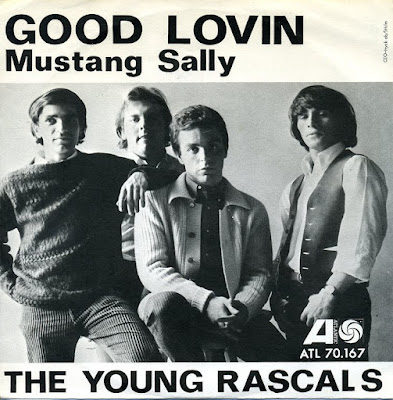 They’d started out as a Wop-Bop New Jersey-Italian four-piece playing convincing R&B, while wearing Little Lord Fauntleroy choirboy shirts and knickerbockers in order to visually imprint a ‘rascally’ identity onto a basically unpretentious and non-extrovert band. But, as this twenty-five-track compilation (twenty on the vinyl edition) effortlessly proves, they were no musical slouches. Drummer and co-vocalist Dino Danelli was a graduate of the Lionel Hampton school of swing, blending the Latin and cool Jazz tinges into “Groovin’”. While strong group compositions such as “Heaven” and “People Got To Be Free” show an evolving verve at matching social-aware lyrics to radio-friendly melodies, the latter a rousing plea widely interpreted as a Martin Luther King tribute which sold a clear million singles two decades before U2’s “Pride (In The Name Of Love)”. Whatever its provenance, with non-obtrusive horns and gospel-fused energies, it’s perfectly attuned to the restlessly impatient mood of the times.
They only went Top Ten once in the U.K., although “A Girl Like You” narrowly grazed the fifty. But ‘in a world that’s constantly changing,’ probably their finest single – “How Can I Be Sure”, treated with waltz-time swirling strings and French accordion, fell foul of cover versions, first done acceptably well by Dusty Springfield, then more successfully and ineptly by the wretched David Cassidy. The Rascals ‘NME’ review at the time said ‘when I tell you that it’s largely waltz-time with an accordion in the backing, you’ll probably shudder. But don’t! Because there’s also a sensitive solo vocal, unmistakeable West Coast harmonies, a strong jazz feeling blended with the waltz rhythm, and deep-throated cellos weaving in and out of the backing.’
Meanwhile, after a brief acid phase, the Rascals withdrew. Danelli became a ‘Disciple Of Soul’ for Little Steven Van Zandt’s ‘Men Without Women’ (1982) album, Cavaliere scored a one-off solo hit with “Only The Heart Sees” (in April 1980), Danelli and Canadian guitarist Gene Cornish enjoy a slight revival as half of smooth power-chord rockers Fotomaker, while percussionist Eddie Brigati recorded a “Groovin’” à la Disco, then vanished. But this set is really all that matters. John Cougar Mellancamp tributes the (Young) Rascals as influences, alongside Frankie Lymon and the Shanri-La’s on his hit single “R.O.C.K In The USA”, and in such company is a mighty fine place to be.
Ecstasy, endlessly. 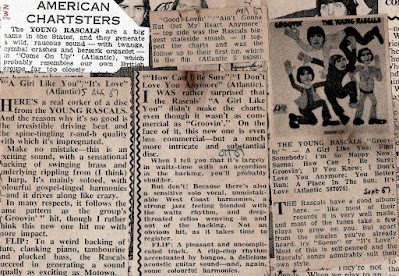 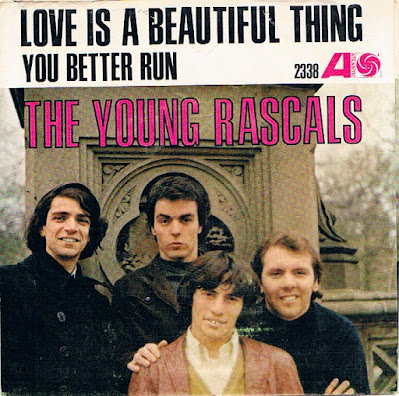 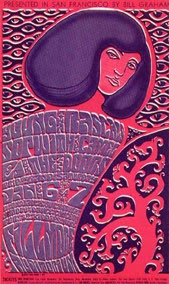 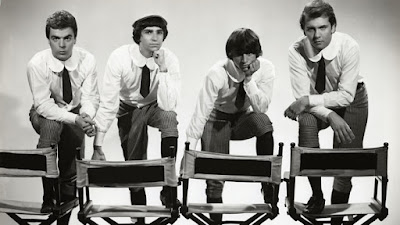 Posted by Andrew Darlington at 15:42